Jason Fujimoto appointed to CPF and CPB Board of Directors 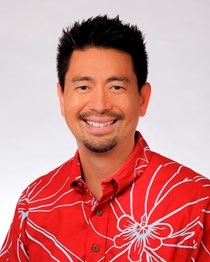 “Jason Fujimoto is an excellent addition to our Boards and will bring valuable insight and perspective to the bank’s commitment to support small businesses through his own experience leading a company that serves and supports the construction industry in Hawaii,” said Arnold Martines, president, chief operating officer and incoming CEO. “I look forward to Jason’s contribution as CPB continues to transform to effectively serve our customers and our island communities in the future.”

“HPM Building Supply has a longstanding legacy of working with Hawaii families and businesses for more than a century and I am excited to join CPF as it too has a mission of helping all of Hawaii’s people on their path to success,” said Fujimoto.

Mr. Fujimoto is currently president and CEO of Hawaii Planing Mill, Ltd., doing business as HPM Building Supply, a building supply company headquartered on Hawaii Island with operations on all four major islands in the State of Hawaii. He has served in multiple executive roles with HPM Building Supply since 2009.

Mr. Fujimoto obtained a Bachelor of Science degree in Economics from the Wharton School of the University of Pennsylvania, concentrating in Corporate Finance and Strategic Management, and obtained a minor degree in Psychology from the University of Pennsylvania College of Arts and Sciences.  Mr. Fujimoto is actively involved in numerous community and business organizations.  Mr. Fujimoto is a director with Hawaii Asia Pacific Association Leaders, a director with Holomua Collective, past chair of Kohala Institute DBA ‘Iole Stewardship Center, past chair of Hawaii Public Television Foundation DBA PBS Hawaii, and a member of the following organizations: Hawaii Executive Collaborative, Hawaii Business Roundtable, University of Hawaii Hilo Chancellor’s Community Advisory Board, U.S. Army Garrison Pohakuloa Training Area Commander’s Advisory Council, Do It Best Eagles Conference, and BIG Group.

Mr. Fujimoto is the recipient of numerous recognitions and was a 2008 Pacific Century Fellow, a 2012 Omidyar Fellow, a 2013 Hawaii Business magazine list of 20 for the Next 20: People to Watch, and recognized in 2015 as Young Retailer of the Year by the North American Hardware and Paint Association.

Central Pacific Financial Corp. is a Hawaii-based bank holding company with approximately $7.34 billion in assets as of September 30, 2022. Central Pacific Bank, its primary subsidiary, operates 27 branches and 65 ATMs in the state of Hawaii. For additional information, please visit the Company's website at http://www.cpb.bank.