HONOLULU, HI | March 25, 2021 –The Kokonut Koalition has announced that they have partnered with The Central Pacific Bank Foundation (CPB Foundation) in its quest to save the Koko Crater Trail in Hawaii Kai. The CPB Foundation has pledged to match donations up to a total of $30,000, which will be used for urgently needed supplies for temporary repairs to stabilize the trail. 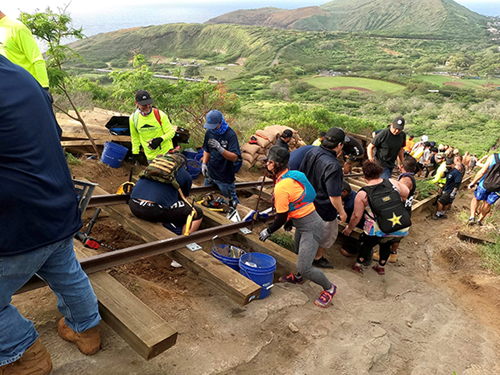 “The CPB Foundation is a wonderful member of the community and their generous grant positions us to complete our project to rehabilitate all of the Koko Crater Stairs. We still have a lot of work to do, but we are making rapid progress,” said David Nixon, Kokonut Koalition President. “Every one of your donations to the Kokonut Koalition will help us get to our fundraising goal, and finishing the Koko Crater project.”

Individual donations can be sent to the Kokonut Koalition’s GoFundMe page here. 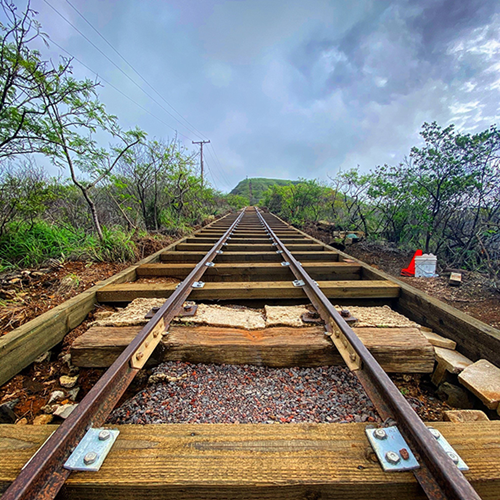 “CPB Foundation is proud to support the Kokonut Koalition’s goal of repairing the Koko Crater Trail,” said Keith Amemiya, CPB Foundation Executive Director. “I’ve known their leaders such as Lena Haapala for several years and their efforts to repair this popular and iconic landmark and attraction is exemplary and inspiring.”

In addition to implementing the largest volunteer public works project in the state, the Kokonut Koalition, in partnership with the City and County of Honolulu, will continue with long-term plans to completely rebuild the trail.

Kokonut Koalition Media Director, Lena Haapala noted, “I have known Keith Amemiya for a few years now, and he has always believed in our mission and goal to repair the stairs from the day we’ve met.” 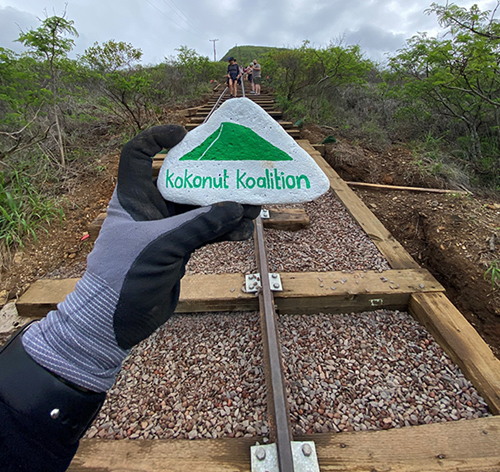 About the Kokonut Koalition

The Kokonut Koalition is a 501(c)(3) nonprofit organization dedicated to protecting, preserving and rehabilitating the Koko Crater Stairs in Honolulu Hawaii. We formed in 2018 to address decades of neglect of the Stairs. All our board members and officers are unpaid volunteers.

We're working in partnership with the City and County of Honolulu to implement emergency temporary repairs to the Stairs. Over the next 6 months to 1 year, we will be organizing community volunteers in the largest public works program in the history of the state. You can join the community at kokonutkoalition.org, or on Facebook and Instagram.

Find an ATM or Branch ▸