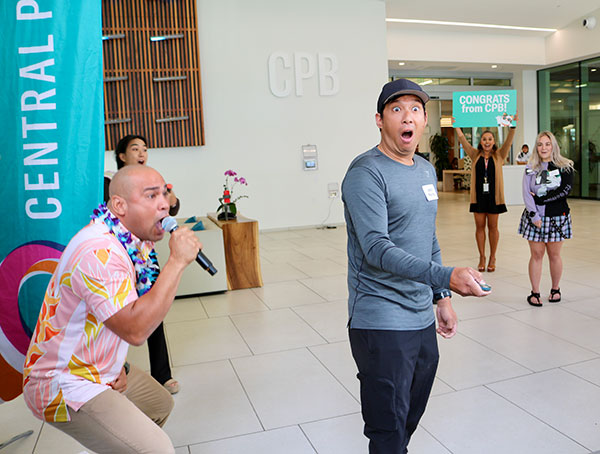 HONOLULU, HI (Sept. 15, 2022) – Central Pacific Bank (CPB) today capped off its Go Contactless! campaign by awarding the grand prize winner with a brand new 2022 Toyota 4Runner TRD Off-Road Premium at its Downtown Honolulu Main Branch. Five finalists selected at random were assigned a remote key fob, however only one of them started the car. Each of the finalists anxiously awaited their turn and the lucky winner is Jason Pancho of Mililani who drives off in the vehicle valued at more than $50,000. Each of the remaining four finalists received $1,000 credited to their CPB account.

“We thank everyone who participated in this popular campaign and congratulate all of our winners, especially our grand prize winner Jason Pancho,” said Central Pacific Bank

“I am extremely nervous, and very excited and so grateful for everything that just happened,” said Jason Pancho, the CPB Go Contactless! campaign grand prize winner, moments after winning the brand new 2022 Toyota 4Runner simply by using his personal CPB Contactless Debit Card. “I use my debit card for everything, whether online purchases, gas station, food and groceries, or getting my mom something. I’ve been driving used cars for years so it is nice to have a brand new car and I can help my sister out because she has kids and we have dogs.”

Customers were automatically entered to win by simply using their personal CPB Contactless Debit Card to make purchases. In all CPB received nearly 2 million entries between the contest period from July 1 through August 31, 2022.

In addition to the Toyota 4Runner, CPB awarded weekly winners throughout the campaign and gave away the following prizes valued at more than $10,000:

With a CPB Contactless Debit Card, a simple tap is all it takes to pay for your purchases and delivers the following added benefits: 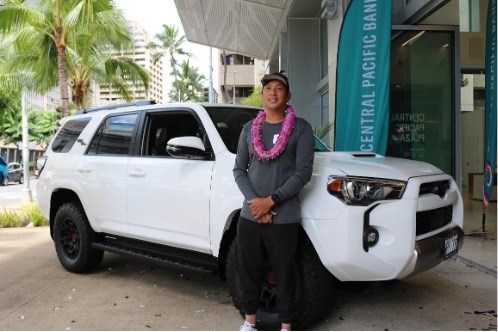